Researchers Work On A More Efficient Method Of Delivering CBD

Researchers Work On A More Efficient Method Of Delivering CBD 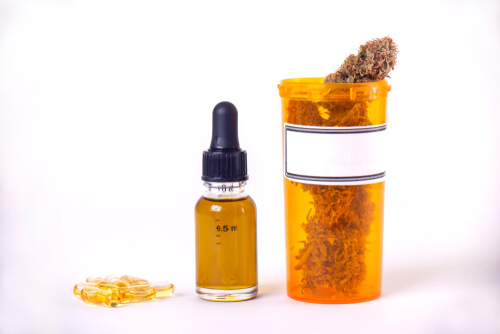 How To Use CBD

A group of researchers now works on a way to take cannabidiol to the human brain that would utilize small capsules. As per a recent study on mice, microcapsules with CBD could be coupled with bile acid-containing vesicles. For your information, gut-based bile acid can boost CBD absorption. The blend of the microcapsules and the vesicles delivered cannabidiol to the animals’ brain more effectively as compared to cannabidiol capsules alone. So, if you often wonder how to use CBD, these kinds of studies might pique your interest.

Takechi added that it could also protect CBD from both oxidation as well as being degraded by light, and that can lengthen the product’s shelf life.

The above-mentioned discoveries indicate that the new cannabidiol delivery method is useable to cope with neurological disorders like multiple sclerosis and Alzheimer’s disease, plus traumatic brain injury.

Takechi stated that more research is required to check whether the said method could become effective for human beings, but that his team’s findings are promising. Their study is featured in the peer-reviewed journal known as PLOS ONE.

Cannabidiol is thought to have antioxidant, neuroprotective, immunomodulatory and anti-inflammatory properties. Therefore, it has got more and more interest from the scientific community as a possible treatment option for neurological diseases, like MS.

Cannabidiol is light sensitive and lipophilic, which means it can dissolve in fatty oils or molecules more easily as compared to solutions based on water. Furthermore, the GI tract absorbs it in a poor way, which reduces oral CBD’s availability for use in tissues and blood. For your information, the phrase oral CBD refers to any form of cannabidiol that is consumable through the mouth and that goes through our digestive system.

Takechi’s team looked to create and test an alternative cannabidiol delivery option because of limitations in its absorption. The encapsulation technology seems to considerably boost the efficacy with which phytocannabinoid-based treatment options is deliverable to the brain. Now, it remains to be seen whether this or another team of cannabis researchers would take the approach to the next level.